“If we can’t save this ecosystem, are we gonna have the courage to save the next one down the line?”

Imagine going to your favorite place in the world, only to find it was completely devastated.

That’s what producers, divers, and everyone involved in Chasing Coral found. 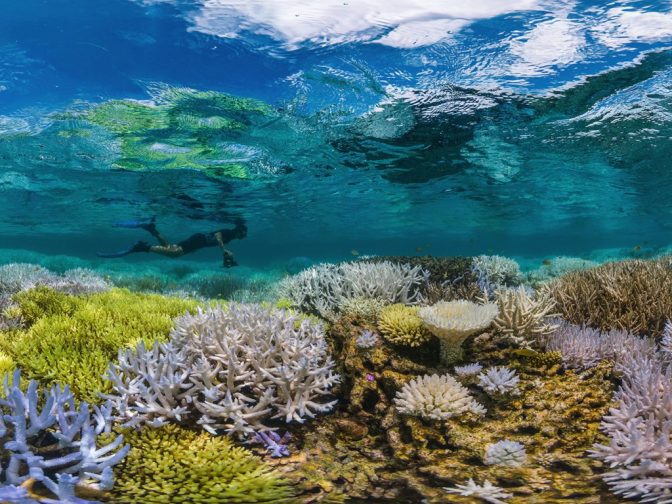 The film Chasing Coral follows the same structure as its predecessor Chasing Ice: a documentary produced to highlight something we’re going to lose (or have already lost) because of climate change. 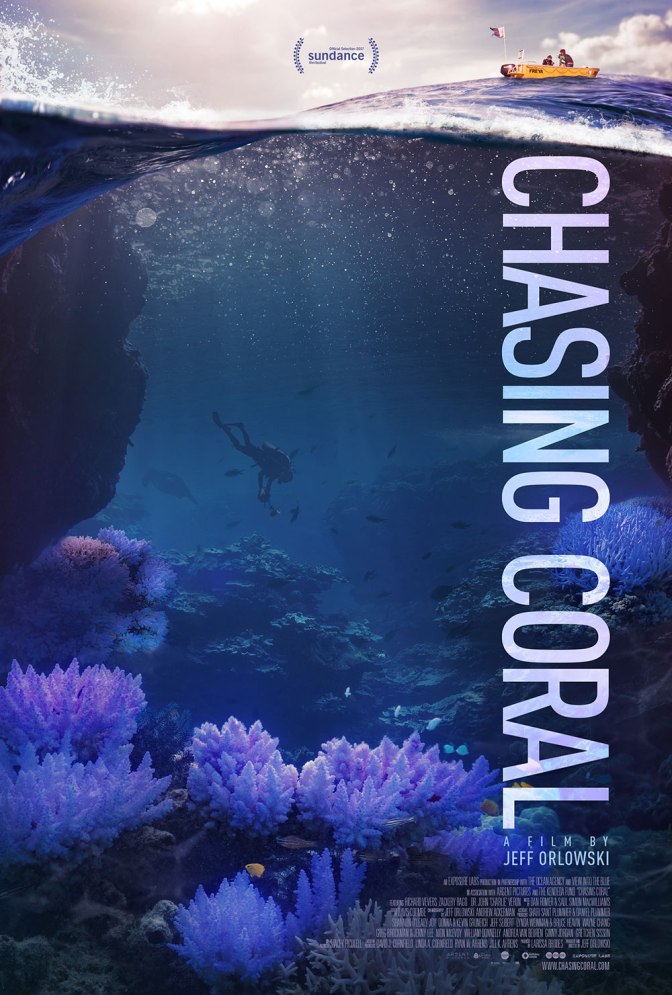 In 2012, Chasing Ice made me feel urgency — I knew climate change was real, and this film was made (in my eyes) to show people the effects of this global issue. I felt equipped (with tons of icy ammo) to shout about climate change from the rooftops!

But now, in 2017, Chasing Coral almost made me cry. Because humans have dumped carbon into the atmosphere for so long, and have delayed on climate action, we’re finally losing something we cannot replace — the world’s coral. And the documentary film crew spent months documenting the damage.

Coral bleaching all starts with the rise in global temperatures, and where that heat is stored. The ocean takes up 93 percent of the world’s heat, and without it, we’d already be fried on land.

Bleaching is a side effect of the ocean’s heat. When the ocean is too hot, corals get stressed out, and the algae living on the coral depart (or are ejected), causing the symbiotic relationship between algae and coral tissue to waste. When the algae is gone, coral loses their source of food, and bleaches. Not all bleached coral is dead, but once coral is bleached, it’s less likely for the coral to return to a healthy state.

This isn’t a “natural” cycle, either. Coral bleaching has been directly attributed to climate change.

The impacts continue on. This week, scientists announced the second coral bleaching event in a row in the Great Barrier Reef. Corals around the globe have been subject to bleaching in recent decades, too, not just in Australia. More heat continues to pile up in the ocean, even turning the Arctic into the Atlantic.

“The ocean controls everything. Without a healthy ocean, we do not have a healthy planet.”

Scientists in the film are concerned that continual bleaching events will wreck coral and their habitats for good — if they always bleach, they will never have enough food, and will just die off. This would lead to an ecosystem collapse, where entire classes of organisms could go extinct.

Is losing the Great Barrier Reef going to wake up the world?