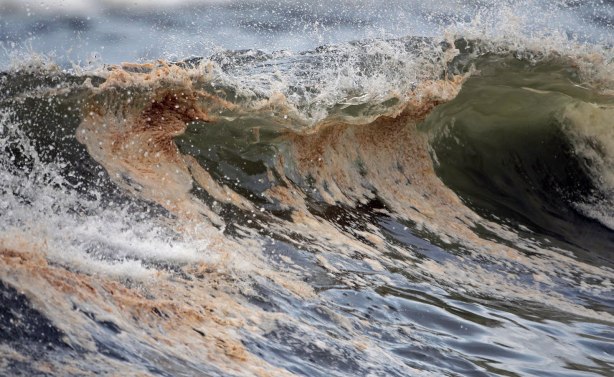 After this spill, air quality was diminished, sediment was polluted, water quality was diminished  ecosystems and sea vegetation was damaged, wildlife (including dolphins, sperm whales, manatees, sea turtles, brown pelicans, American oystercatchers, and seaside sparrows) was killed, and the economy of the Gulf area was depleted from the spill. Overall, BP worked with the U.S. National Fish and Wildlife Foundation, the Gulf Coast Ecosystem Restoration Task Force, NOAA, and other non-profits to help restore the Gulf to its prior environmental state.

New developments have been made in the BP case recently, so I will describe the background with a timeline:

So, it seems, to the public at least, that the oil spill was under control: the oil had stopped flowing, clean-up efforts were in place, and fines were doled out. However, in recent months, more drama has come up regarding the BP case.

In February (2013), a hearing started in New Orleans against BP, charging them with economic damage, gross negligence, and environmental damage. The list of charges includes violation of the Clean Water Act, the Oil Pollution Act, and gross negligence resulting in the largest oil spill in history. On top of that, in  2012, BP was banned by the EPA from doing business with the United States government, staying that BP can not bid on any federal oil leases until BP can provide sufficient evidence that it has revamped its business standards. On top of THAT, BP faces cases in environmental and economic damage from four states, including Alabama, Florida, Mississippi and Louisiana, not to mention thousands more from the public once the February 2013 trial is over for personal damages and public health issues. However, all of these charges depend on if the court finds BP guilty of negligence – if they can prove that BP purposely neglected safety protocol, they will have more fines placed on them and the cases will start flooding in. If not, then there will be minimal fines.

Sadly, proving negligence and proving that BP’s spill had colossal environmental ramifications may be harder than everyone thinks. Dr. Moby Solangi of the Institute for Marine Mammal Studies in Mississippi states the following about the health of the Gulf:

In addition to all that oil you have the Missouri, the Arkansas, all these rivers bringing agricultural waste right down into the gulf, creating dead zones. Combine that with the impact of flooding. It’s going to be very, very hard unless you can isolate a particular substance to work out the toxicology here.

On top of that complexity comes the sad truth that until recently, research in the area was minimal, meaning that the real scale of what has been lost may never be fully known.

Despite the fact that BP could afford to pay off their debts, a YouGov/Huffington Post poll has found that BP’s efforts to clean up the Gulf are “poor” at best. Even though I realize that this sample of people is not exactly representative of the mass public, it is still interesting to note that despite the advertising that BP has shown since the spill, people aren’t buying it. The poll found that 59% of viewer’s views were unchanged after watching the ad.

So where are we now? It is important to remember that despite all of the money and effort being put forth in the Gulf, it is nearly impossible to get every bit of oil out of the water and off of animals. The Gulf will feel the repercussions of this environmental tragedy for years to come, and conservation groups will have to continue to work on removing oil from animals for many years to come. The Guardian predicts that BP will have to pay $25 billion towards restoration of environmental damage, and this case should continue into the fall due to the magnitude of defendants, testimonies and evidence. Only time will tell if the image of BP remains tarnished or the Gulf comes out victorious.